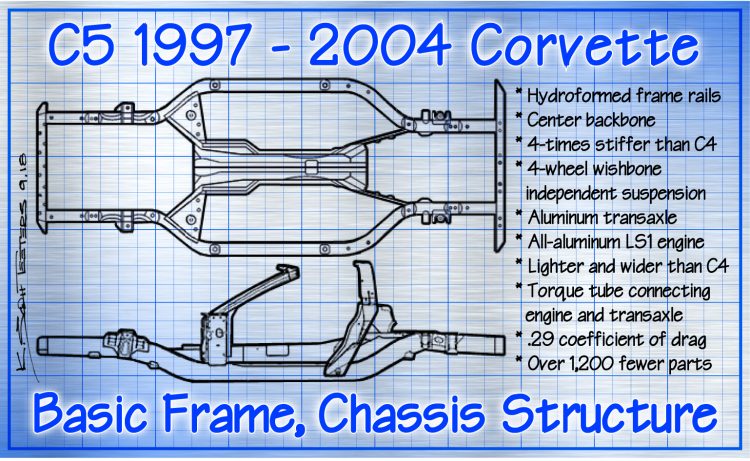 Joe Spielman ran GM’s Midsize Car Division in 1992 and was responsible for forty-percent of the engineering and manufacturing of GM’s auto production. It was a bad time for GM and despite the Corvette’s iconic status; its future was in jeopardy. Spielman created the “Decision Makers” that included himself, Carlisle Davis, John Cafaro, and Dave McLellan. Three possible formats for the C5 Corvette were created. The first format was the “Momentum Architecture” that featured a stiff backbone, front-engine, rear transmission, and an evolutionary body style. The second format was the “Mid-Engine”, favored by McLellan and GM President Jack Smith. The 1990 CERV III wasn’t just a dream car, it was built with manufacturing in mind, but was going to be complex and expensive. The third format was “Stiffer and Lighter”. This would be the least expensive and was a stiffer, lighter version of the C4. Fortunately, the team went with the “Momentum Architecture”. Read More