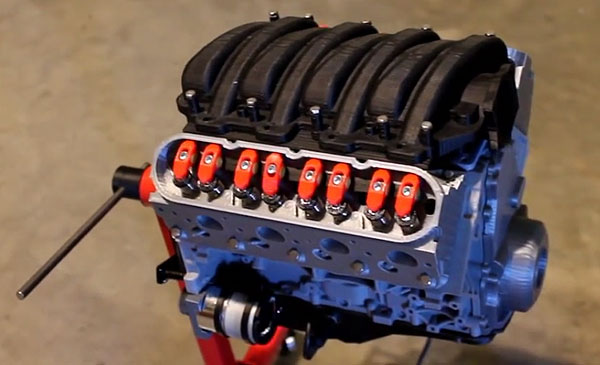 Most of us are at least lightly familiar with 3D Printing. It’s an amazing leap that has its roots in ink jet printing. Back in 1990 I bought the first HP ink jet printer as an alternative to a cheap $150 dot matrix or an expensive $2,500 laser printer. The HP Ink-Jet Printer cost me $950 and was promoted as a “deal.” But we never dreamed that the basic mechanics of the back-and-forth spraying of ink would one day lead to the spraying of a sub-strait material to build 3D “things”! Here’s the video…

All of the parts of this kinetically functioning LS3 model engine were 3D printed and the parts all go together just like the real thing. END_OF_DOCUMENT_TOKEN_TO_BE_REPLACED 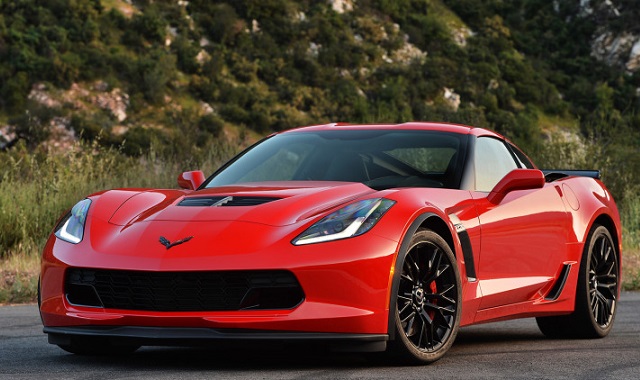 by Detroit Steel as republished from CorvetteForum

The popularity of the new Z06 has earned the car yet another coveted honor.

Yup, the track-focused Corvette is racing into the world of LEGO, with the company’s new line of Speed Champions Kits.

No word on how many pieces will be included in the kit to build the Chevy, but the car will certainly be in good company, with a slew of other new LEGO cars revving up for launch, like the Audi R18 E-tron Quattro and Porsche 919 Hybrid. END_OF_DOCUMENT_TOKEN_TO_BE_REPLACED

Where the Corvette Got Its Mojo From! 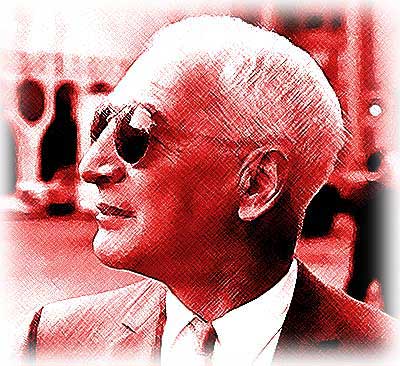 Don’t miss the Duntov video at the bottom of this post!

Corvettes are all about passion and that passion shows up in two powerful ways – visually and from performance. The two are so intrinsically connected that they seem one and the same, but a closer examination reveals that is not the case. Of course, the first thing one notices about the Corvette is its looks. The car’s appearance is totally unique, even though it did borrow a little here and there from other designs. But at the end of the day, the completed design only looks like a Corvette.

But looks will only get you so far. What completes the Corvette addiction is the visceral experience of driving one. To “get” the Corvette, you must drive the car. And if the driving experience was now much different from a mushy sedan, what’s the point? No, if the Corvette didn’t deliver responsive performance with gobs of sensory input for the driver, the car surely would have gone quietly into the night, fading into automotive obscurity, along with a long list of once interesting cars. 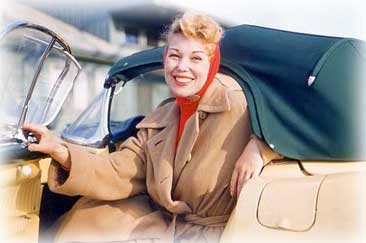 So who was responsible for infusing the Corvette with it’s Mojo? Zora Arkus-Duntov. Zora was, without a doubt, the ultimate automotive corporate misfit to ever work in Detroit. By the time he saw the very first Corvette at the 1953 Motorama, he was 44 years old, a seasoned mechanical engineer, race car driver and builder. he was quoted as saying, “When I saw the Corvette at the Motorama, I thought it was the most beautiful car I’d ever seen.” And Duntov appreciated beauty. Just look at his stunning blond beauty wife and former Bluebell Girls dancer, Elfie Duntov. yes, Zora new a good-looking dame when he saw one and one look at the Corvette and he knew where he wanted to be – in the engineering department of Chevrolet, working on the Corvette. END_OF_DOCUMENT_TOKEN_TO_BE_REPLACED

The Most Affordable C6.R Corvettes!

Last September I took you through a behind the scene look at the delightful “You Build Your Ride” toy line of cars from RideMakerz, plus my personal experience of working on the body styling of many of the first wave of RideMakerz cars. Unfortunately for me, by the time RideMakerz secured the license for the C6.R body shape from General Motors, my art director and designer friend at Scrambled Eggz Productions in Medford, New Jersey, Don Amadio, had the time to do the styling on the C6.R Corvette himself.

The toy concept was essentially Build-A-Bears meets Cars and Trucks. Each toy was available either online or at specific RideMakerz stores where Dad and Junior could go, pick out their favorite body, body color, chassis type (static or R/C), then trick out their ride with a dazzling selection of ala’ carte options including wheels, tires, engines, wings, side pipes, nurf bars, wheelie bars, and graphics – just like a real car. And if all that wasn’t enough, each car had lights that turned on, engine sounds, pealout sounds, plus a tool box-styled cardboard case. It was a very cool concept! END_OF_DOCUMENT_TOKEN_TO_BE_REPLACED 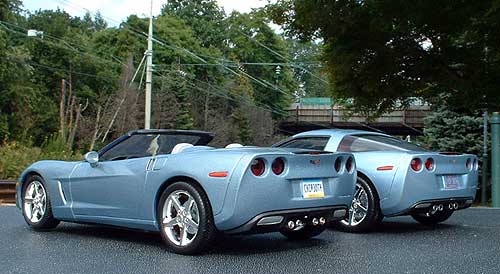 It takes knowledge, skill, and passion to create scale replicas of Corvettes, race cars, and nostalgia drag racing machines to the quality level of a Scale Visions model. Many a car guy started out building model car kits. I sure built a lot of them and was pretty good at it. But Don has turned a boy’s hobby into a vocation. For well over 20 years, Theune has been turning out, head turning 1:25th scale versions of classic Corvettes.

As a salute to Carlisle Productions for 30 years of Corvettes at Carlisle car shows, Chevrolet christened their new 2012 metallic light blue Corvette paint color, “Carlisle Blue.” Theune has been a part of the Corvettes at Carlisle scene for a long time and several of Don’s creations  have been sold off with the proceeds going to the Chip Miller Charitable Foundation. To commemorate the new Carlisle Blue, Theune has created a special batch of his museum-quality scale visions. 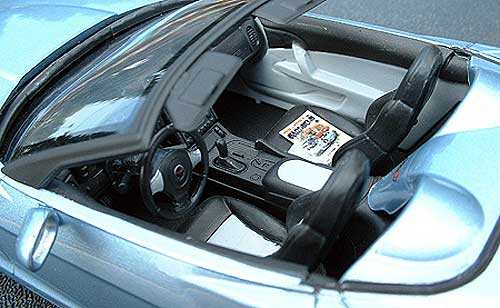 Thirty units of each 2012 Corvette body configuration (coupe, roadster, Grand Sport,  Z06, and ZR1) painted in Carlisle Blue are now available. Plus, each model includes a miniature version of the event directory, plus a special license plate that reads, “CHIP 30th.” One of Don’s Carlisle Blue Corvettes is now part of The National Corvette Museum’s collection of Corvette models on display in the Red Spire Room.

If you’ve been a long time attendee of the Corvettes at Carlisle event, you may remember the special presentation Theune made to Zora Arkus-Duntov in 1995, of a set of all five 1963 Grand Sport Corvette models. END_OF_DOCUMENT_TOKEN_TO_BE_REPLACED