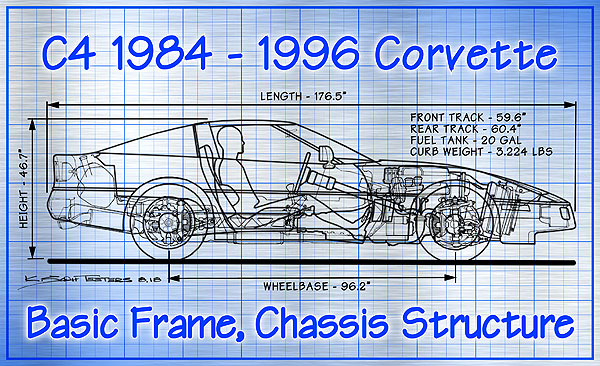 After 20 years of use, the C2/C3 Corvette chassis was finally replaced with a strong, lightweight, vastly improved chassis and structure.

Dateline: 8.9.19 – Illustrations  from GM Archives, Grahics by K. Scott Teeters – The C2/C3 chassis had an amazing 20-year production run. When Dave McLellan took over as Corvette’s chief engineer in 1975, the Corvette was overdue for a redesign. The only good thing about the 1970s was that Corvettes sold very well. On January 22, 1979 McLellan received approval to start designing the C4 Corvette.

One of the C3’s endearing features was the T-top roof. The design wasn’t just for aesthetics; the T-bar connected the A-pillar windshield frame to the B-pillar frame “roll bar” and provided significant structural stiffness. The initial design of the C4 had a T-bar connecting the A and B-pillars, but with a one-piece, roof panel. It wasn’t until the first prototype was built in 1981, when Chevrolet general manager Lloyd Reuss made the decision to eliminate the T-bar to open up the cockpit. This single decision impacted the C4 design such that the biggest complaint about C4s is the tall side frame sills that make ingress and egress challenging. To compensate for the lack of the important T-bar, the side frame sills had to be made extra tall. As the years rolled by, C4s, especially the convertibles, took heat for not being as stiff as their competitors. Those two elements, plus the fact that progressive Corvettes kept getting better and better, are part of the reason why C4s are today the least desirable of all Corvettes.

McLellan’s engineers had two overriding design elements; first, they wanted a lower overall height; and second; they wanted more ground clearance. McLellan’s team started placing the big pieces in a process they called, “stacking”. Starting at the ground level, the engine had to be lower to improve forward visibility. Previous Corvettes had been two-part cars; a body bolted on to a chassis. But the C4 was a three-piece car, which included, a chassis, a birdcage, and a body. This created a more integrated body and stronger configuration. 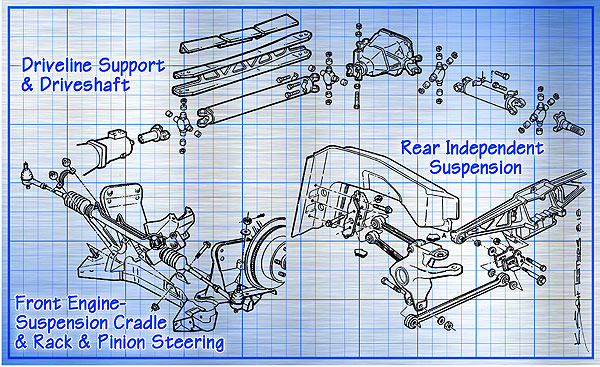 The C4’s parameter frame was built from 18 pieces of stamped and boxed high-strength steel that included the tall side sills, the front sides, the rear sides, four crossmembers and braces. All of the pieces were put together in a jig and welded together. The birdcage section included the forward door jams, the dash crossmember, the A-pillar, the rear section of the floor pan, and the B-pillar. The completed birdcage was then welded to the parameter frame. An aluminized steel engine and front suspension cradle positioned the engines and provided mounting points for the front suspension. The rear section of the frame was aluminum and provided mounting points for the rear suspension and rear bumper.

Unlike the previous chassis’ that had the engine, transmission, and suspension simply bolted to the frame, the C4 used a steel driveline support that was bolted to the rear of the transmission and connected to the rear differential that housed the driveshaft. By doing this, all of the components became stress members of the chassis structure.

Thanks to the C4 Corvette’s unique clamshell hood, Corvette owners got to see more of their front suspension than ever. Gone were the days of heavy stamped steel upper and lower A-arms. The C4’s front A-arms and spindles were slender, computer-designed forged aluminum. The C4 suspension used composite leaf springs on the front and rear suspension. Don’t let the term “leaf spring” throw you. These are computer-engineered, high-tech, lightweight suspension parts. A composite fiberglass monoleaf spring was first used in 1981. 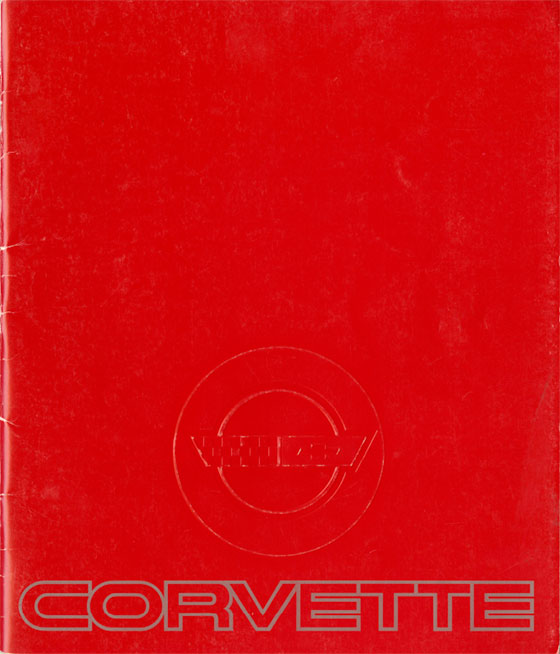 C4’s multi-link rear suspension eliminated the C2/C3 rear end “squat” upon hard acceleration. This setup uses upper and lower control rods that connect the wheel bearing yolks to brackets mounted to the vertical section of the of the rear of the frame. Each bearing yolk has support rods that tie it to the rear differential. Today when we look at C4 Corvettes, especially tired old examples, the frame and suspension looks somewhat crude and outdated. However, C4 suspensions are regularly harvested from salvage yards, cleaned up, and refreshed for street rods. 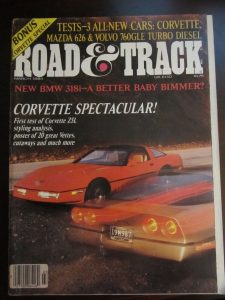 From the perspective of the C4 Corvette’s November 30, December 1, 1982 press debut, the car was a total “WOW!” The cover story of the March 1983 issue of Road & Track was “Corvette Spectacular!” The debut wasn’t unlike the debut of the C6 and C7 Grand Sport Corvettes, in that with virtually the same horsepower, teamed with a much better suspension (the Z06 on the C6 and C7 GS), the car is vastly improved. Automotive journalists were blown away by how tight and solid the new C4 was. But it was the skidpad performance that astounded everyone. Z51 examples had no trouble hitting 0.95g on the pad, and one Z51 with slightly wider front tires scored a 1.01g! Ferrari’s $80,000 512 Boxer could only generate 0.86g, and Richard Petty’s Grand National Stock Car scored 1.04g. The March 1983 issue of Popular Mechanics proclaimed, “1983 Corvette: Best American Car Ever!”

Bowling Green started the 1984 season early and consequently racked up the second-best ever sales season with 51,547 Corvettes sold. Media hype totally stoked Corvette fans for the Z51, such that 50.4-percent of all 1984 Corvettes were ordered with the $600 Z51 option. Then reality set in. On real roads the ride was for many unbearable, in fact, many owners of regular 1984 Corvettes weren’t happy with the ride quality. Corvette engineers acknowledged that they had “over-done-it” on the suspension.

But as power started to nudge up and tires got wider, the inherent design flaw with the C4’s lack of a T-bar was more obvious, especially on the convertibles; even with a bolt-on X-brace on the bottom of the chassis that raised the ride height 10mm. Since there are so many C4 Corvettes out there that few want, unless the car is a special edition or a pace car, you can do almost anything to a C4 and never get any heat. I learned from the C4 forums that many C4 owners that are hot rodding their cars use the factory X-brace and frame torsion rods to stiffen the structure of their car. Makes sense if you are adding a lot more power and bigger tires.

The C4 had a long run of 13-years. Towards the end of McLellan’s tenure as Chief Engineer in the early 1990s, he pushed for the C5, but GM was having money trouble and was in no mood for a new Corvette. In fact, they were considering eliminating the Corvette. By September 1992, McLellan retired and the following month, Dave Hill was the new Corvette Chief Engineer. The C5 Corvette would be Hill’s to design.– Scott

And there were several interesting special edition C4s as well. There was the ‘86 Pace Car Special, the ‘88 35th Anniversary Edition, the ‘90 to ‘95 ZR-1 option (the single most expensive optional package in Corvette history!), the ‘93 40th Anniversary Edition, the ‘95 Pace Car, the ‘96 Collector Edition, and the ‘96 Grand Sport. That’s tremendous progress and consistent special editions that kept the C4s fresh and interesting.

Corvettes so heavily dominated the SCCA Showroom Stock racing series they were kicked out! So, the Corvette Challenge “Corvettes only” race series was created. Morrison Motorsports blasted a 50-year speed record with a mildly-modified ZR-1 and Callaway build their 898-horsepower, 254.76-MPH Sledgehammer. Tuners such as Callaway, Greenwood, and Guldstrand offered END_OF_DOCUMENT_TOKEN_TO_BE_REPLACED