Here’s what’s in the August 2015 issue of Vette Vues Magazine! 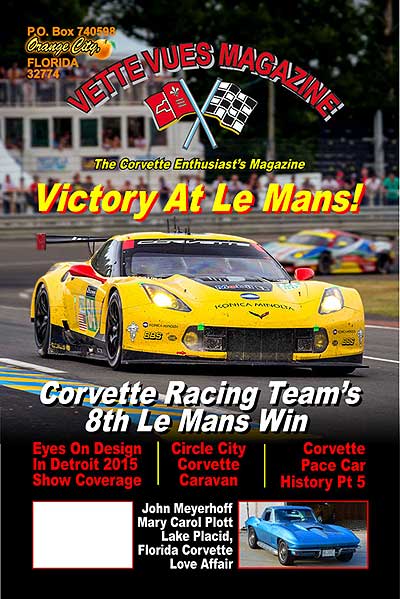 Dateline: 8.15.15 – The cover story for the August issue of Vette Vues is “Victory At Le Mans!” There’s an old saying in road racing that goes, “If you win the 12 Hours at Sebring or the 24 Hours at Daytona, all of America will know. But if you win the 24 Hours At le Mans, the WHOLE WORLD will know. The Corvette Racing Team scored their eighth Le Mans win since the debut arrival of the C5-R cars in 1999. BRAVISSIMO! Corvette Racing Team!

Feature stories in the August issue include: